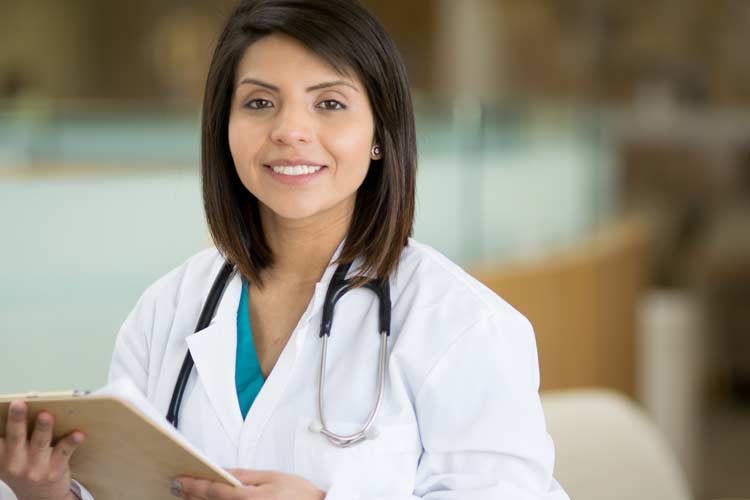 Nurses are quite often the lifeblood of hospitals and other healthcare facilities. The doctors and specialists are important, of course, but the nurses keep the day-to-day operations running smoothly; making sure that patients are getting their medicine, are comfortable, and have someone to rely on twenty-four hours a day seven days a week. It’s no surprise then that even with their extremely important role in healthcare, there is and has been a shortage of nurses, especially Registered Nurses (RNs) and Licensed Vocational Nurses (LVNs) over the past several of decades (Powers, Grant).

Registered Nurses are those passionate enough to have graduated from a nursing school program and passed the rigorous licensing exam. They are trained well to care for patients in hospitals, physician’s’ offices, home settings, and nursing homes. However, as previously mentioned, there has been “a well-documented nursing shortage since the 1990s, when many hospitals cut their staffs and some colleges cut back their programs” (Powers). This shortage continues to plague the United States and doesn’t appear to be changing anytime soon. In fact, “due to an aging population, the rising incidence of chronic disease, an aging nursing workforce, and the limited capacity of nursing schools—this shortage is on the cusp of becoming a crisis, one with worrying implications for patients and health-care providers alike” (Grant).

Due to the integral role that nurses play in the healthcare industry, many people worry that the changing landscape of the United States’ population may intensify the shortage. According to the Population Bulletin, “the current growth of the population ages 65 and older is one of the most significant demographic trends in the history of the United States” (2015). The demand for nurses will rise as more Americans reach old age, and the supply of nurses will fall as current nurses begin to age and retire. This seems like a simple supply and demand problem – as nurses become fewer and farther between (more valuable), their wages should rise, attracting more students to the nursing profession, and more workers should subsequently start to enter the nursing profession. Easy, right?

Apparently not. Since the shortage has been a problem for some time, the market for nurses should have worked itself out by now. But it hasn’t yet. This indicates that there may be an underlying problem contributing to the past, current, and potential future nursing shortage. Research on this topic has shown that nursing shortages are often “cyclical in nature”, but it also indicates that “the current shortage has been characterized as being unlike those experienced in the past” (Goodin 2003). This abnormal labor cycle creates some uncertainty about changes in the nursing profession in the future. One thing, however, is certain: the role of nursing education in this situation must be examined.

The American Association of Colleges of Nursing indicates that “nursing schools across the country are struggling to expand capacity to meet the rising demand for care” (Rosseter). Part of the reason for this struggle is a result of a general lack of proper educators. Students can become practicing nurses with various levels of education, and as a result, they often “choose immediate employment over continuing their nursing educations” (Powers). However, educators need advanced degrees, and as a result “the pool of candidates who can become nursing faculty members diminishes and the profession eventually suffers” (Powers). According to Powers, “[a] major issue is pay. Data continue to reflect a longstanding trend — those who stay in academe are compensated worse than their counterparts with the same level of education who enter the practice”. While it is essential to increase the number of nurses in the workforce, no more nurses will be available to enter the workforce if no one is teaching them.

Reports are showing “a nearly 8 percent faculty vacancy rate” at nursing schools, and “wait lists are shrinking after years of growth, officials say, not because slots are opening up, but because students are becoming frustrated that their chances of enrolling are dim” (Powers). These indicators do not bode well for the nursing industry as it currently stands: nurses are struggling to get an education partially due to a current lack of educators, but fewer and fewer of those nurses who are able to attend nursing school want to go back to become educators. This nursing shortage problem will only continue to get worse if the education problem is not examined.

The Benefits of Technology

Fortunately, there may be a solution on the horizon: online nursing education. While there may be a limit to the number of nursing students who can fit in a traditional classroom, online platforms have almost no limit to the number of students they can handle at once. Online nursing programs could provide a viable alternative to traditional schooling with many additional benefits.

Aside from the availability of programs, one of the main benefits to an online nursing degree is the flexibility. Students can take these classes from the comfort of their own home and are often able to watch lectures at their own convenience. This flexibility allows students to have another job and earn some money while also receiving an education. Then, after completing the online portion of the degree, students are often placed at a nearby hospital or clinic in order to complete the clinical portion of their training.

Additionally, students are able to go even further and receive doctoral-level training online (Leners et al.). While it is unclear how many students will continue to take advantage of this level of online training, the availability of this type of online degree may make a career in nursing education more appealing to more students. Therefore, the use of technology to educate nursing students at all levels may help mitigate the current (and projected) nursing shortage by feeding both more nurses and more nursing educators into the workforce.

However, one limitation to an online nursing degree is the somewhat common notion that nurses with online degrees are less qualified than nurses with traditional degrees. Many employers and patients value a traditional degree more than an online degree, even if both nurses are equally qualified. As the need for more nurses as well as the number of nurses educated online continue to grow, the healthcare industry must become more comfortable with the idea that online education can be just as rigorous and preparatory as a traditional education.

Fortunately, online programs continue to improve, providing many students with the best possible education under the circumstances. While online education won’t necessarily replace the traditional forms of nursing education (at least in the near future), it can supplement it significantly. For now, the availability of online nursing degrees may be able to provide a partial solution to the nursing shortage problem. With existing demand, regardless of how they got their education, every nurse with the skills, passion, and dedication will always be in demand.