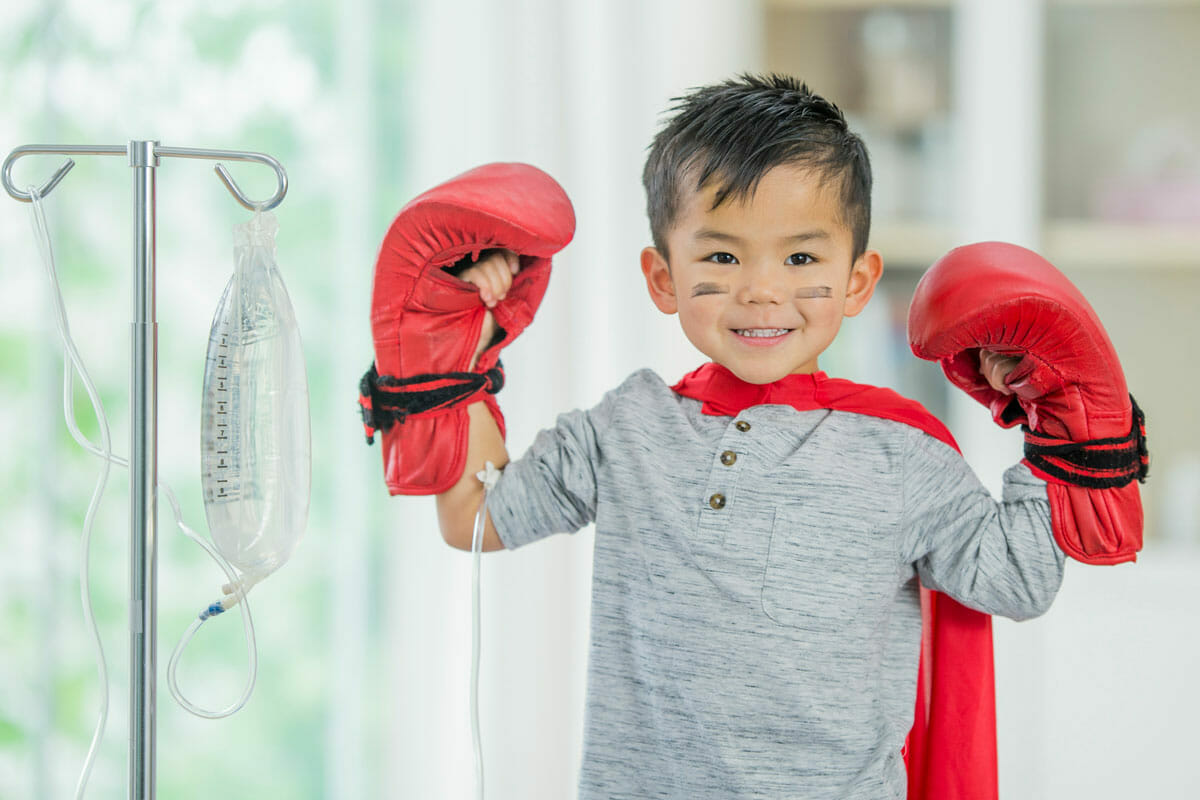 In the past, cancer treatments consisted of surgery, chemotherapy, radiation therapy, and targeted drug therapies. Over the last several years, immunotherapy has risen to the forefront of cancer treatments. It uses the patient’s own immune system to attack cancer cells, and it has been quickly gaining traction in the cancer community.

One immunotherapy approach is adoptive cell transfer (ACT), which is the collection and use of patients’ own immune cells to treat their cancer. There are different types of ACT therapies, but CAR T-cell therapy has advanced the most in clinical trials.

Chimeric antigen receptor T-cell therapy, abbreviated as CAR T-cell therapy, is a form of treatment in which a patient’s T cells (a type of immune system cell) are modified in a lab so that they attack cancer cells. Scientists genetically modify the T cells to carry chimeric antigen receptors on their surface; these receptors bind to a specific protein, or antigen, on the patient’s cancer cells.

CAR T cells are grown in a lab and administered via infusion therapy. If the treatment is successful, the T cells multiply in the patient’s body, and then recognize and attack the correct cancer cells.

This form of therapy has made headlines recently as it proves successful in the treatment of some cancers. In 2017, the FDA approved two forms of CAR T-cell therapy; one for children with acute lymphoblastic leukemia (ALL), and the other for adults with advanced lymphomas.

Acute lymphoblastic leukemia (ALL) is the most common form of childhood cancer; the specific therapy used to treat ALL is tisagenlecleucel. Recently, the results of a global, phase 2 study of CAR T-cell therapy was published in the New England Journal of Medicine on January 31st.

The study reports on 75 evaluable patients—between the ages of 3 and 21—with relapsed or treatment refractory B-cell ALL. Of the participants, 61 percent had relapsed after allogenic hematopoietic stem cell transplantation, which is an intensive therapy. Authors from the study noted that if patients relapsed or did not respond to the stem cell transplantation treatment, there were few remaining options; often, they would have to send them to hospice. Now, they have CAR-T cell therapy as an option.

Within three months of treatment, there was an overall remission rate of 81 percent. At 6 months, overall survival was 90 percent; at the year mark, survival was 76 percent. The tisagenlecleucel remained in the blood for up to 20 months.

Overall, CAR-T therapy has proven safe and effective for young patients with leukemia. This is a major advancement for the field of immunotherapy and the treatment of pediatric leukemia.

Researchers caution that the therapy is still in the very early stages of research and development. It is yet to be confirmed whether or not the treatments will be effective against tumors such as breast and colorectal cancer.