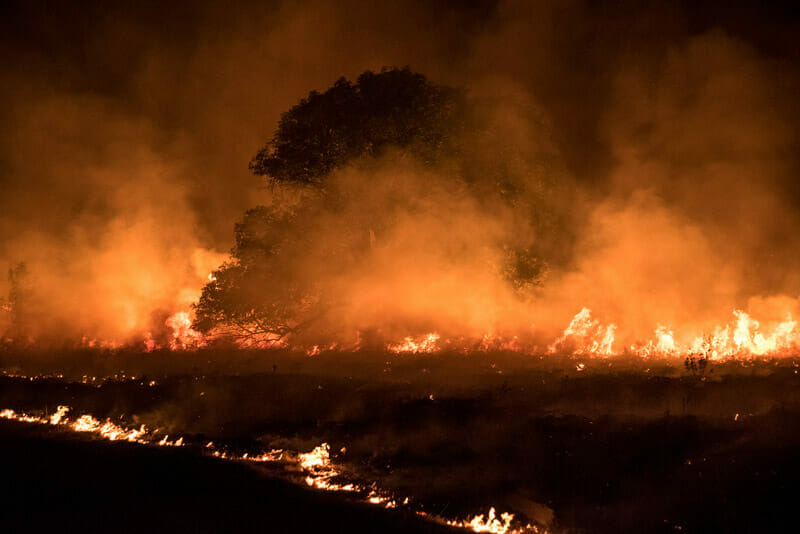 On October 8th, wildfires started burning just outside of Calistoga and raced towards Santa Rosa, affecting a large part of Sonoma County along the way. Known as the Tubbs fire, these wildfires burned over 5,000 homes. Two months later, the Thomas fire is one of many wildfires burning across Southern California, destroying homes in Ventura and Santa Barbara counties.

Beyond the devastating damage these wildfires have inflicted on homes and physical property, the giant plumes of smoke and ash are affecting residents who live both near and far.

During the time that these fires are burning, people experience short-term health issues, such as irritated eyes, coughing, and shortness of breath. In both the Northern and Southern California wildfires, professionals worked to get everyone an approved mask—especially older adults or those at an increased risk for respiratory problems.

The good news is that most are taking the smoke seriously. Schools have been closed due to the air pollution. Officials have advocated that people stay indoors to reduce their exposure to smoke and fire pollutants. However, some individuals may not realize the long-term health effects this type of pollution can have.

With all sorts of materials and chemicals burning in these wildfires—including cars exploding—these harsh pollutants linger in the air long after the fires are put out. Fine soot is the most dangerous pollutant, because it consists of very, very tiny particles that can get into the lungs and pass into the bloodstream. These irritants can trigger coughing, worsen chronic diseases like asthma, increase difficulty breathing for people who rely on ventilators, and lead to long-term damage, such as cancer or heart disease.

Depending on wind patterns, these waves of smoke pollutants can travel far and wide. Winds from Northern California often head towards Central Valley, which is surrounded by mountain ranges that are known for trapping some of America’s most polluted air. Smoke from the Tubbs fire funneled into this range, which significantly affected pollution levels for residents living in Fresno and neighboring areas.

The most concerning fact is that individuals affected by fire pollution may not have their symptoms diagnosed right away; this makes it difficult for healthcare professionals to estimate the affect a fire may have played in an illness or death. For now, links between smoke inhalation and asthma are clear, while links to heart disease are less conclusive.

It’s important for people to remember that fire pollution is a serious issue that is affecting people’s day to day lives. If you or someone you know lives in Sonoma County or anywhere near the ongoing wildfires in Southern California, exercise caution and follow the advice of local authorities. Be proactive and monitor the Air Quality Index for your local area, too.

Our hearts go out to all individuals affected by the California wildfires. As a company born and raised in Palo Alto, we care deeply about the health and well-being of all California communities, and we thank all of our emergency services and volunteers for their efforts during this difficult time.